Jungian analysis can be described as a journey taken, in the company of an experienced and trusted guide, toward a transformed sense of well-being. This journey may lead to a more confident sense of self and a deeper connectedness with others as well as to the wider world.

Jungian analysis meets the universal human need to think deeply about one’s life. To some extent, it allows a person to develop an understanding of the meaning of his or her life, to develop what Jung called a “personal myth.” Furthermore, analysis goes beyond conscious reflection about meaning and trains a person to develop a way of relating to nonverbal, imagistic forms and strong emotions that arise spontaneously in dreams or fantasy or active imagination. Analysis entails a degree of humility, as we learn about our less attractive side through exploring who and what shows up in dreams, and risk getting to know our own unconscious material.

Jung developed this approach through his own confrontation with the unconscious. He engaged in an imaginative dialogue with figures that came up in his dreams and imagination. In suffering this demanding experience, he began to recognize universal motifs of human struggle that were identical to the motifs found in mythology. He saw that humans have struggled with the same dilemmas and conflicts over time and space in their push toward self-realization, and that these archetypal dynamics continue to be reflected in the dreams of individuals. Jung gave names to these archetypes, such as the Child, the Shadow, the Anima, the Wise Old Man, the Hero, the Trickster, and others. It is because these archetypal figures have been so consistently identified since Jung named them that they have entered into popular culture.

In Jungian analysis, it is possible to identify these and other archetypes, because they play an important function in a person’s individuation, namely, the process of realizing oneself as a whole, inner-directed, differentiated person, in touch with one’s particular strengths and weaknesses, and able to tap into the energy of previously split-off parts of oneself. Through a process of learning to relate to the archetypal dimensions of one’s dream life, a person gradually finds an inner balance and sense of connectedness. When this happens, Jung believed one has achieved a connection with oneself, and, at the same time, with something beyond oneself.

People who undergo analysis often find that they grow in the capacity to experience and share deeply felt emotions without feeling overwhelmed by them. They may find themselves freed up to live their lives in a way that feels more rewarding. Often this happens as people begin to feel more connected with other people or even with nature. They may find a deeper, internal spiritual connection or sense of being guided, although this will be experienced differently by different people. Because Jungian analysis is person-centered, how one grows is a very individual thing; the important thing is that one grows.

The process of individuation entails drawing on both personal and archetypal dimensions of the psyche. Dream work, active imagination, and working within the relational field are core aspects of any Jungian analysis. Trauma, attachment, group work, and the body have also become important areas for contemporary analytic focus. A crucial component for a successful analysis is the analytic container, which holds sacred the confidentiality and safety of the patient, shows care for the relational boundaries, and maintains honesty and a deep respect for the individual’s process. 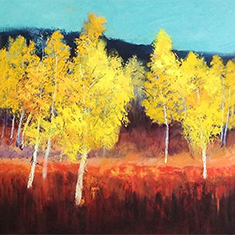